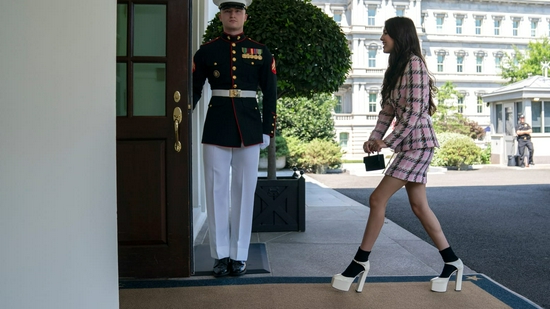 'The higher the better': Why platform heels are back in fashion

Heels are making a serious comeback, with stars leading the post-lockdown trend for towering footwear.

Beyoncé donned a pair of this year's "it" shoe -- six-inch hot pink Versace platform heels -- to an event in August, spurring an internet frenzy over the item.

"People just want to feel happy again," said celebrity stylist Nicole Chavez in a video call, adding that high heels, particularly bright-colored and sparkly ones, are part of the greater "mood-enhancing" fashion seen across the board, from clothing to accessories.

"We're coming out of wearing sneakers and being in comfortable shoes, and so the jump from sneakers to stilettos is a big one," Chavez said. "I feel like the platform, because it is more comfortable, is a great alternative.

"Right now, it's platform everything. The higher, the chunkier, the better."

But women aren't the only ones wearing platforms. Rapper and singer Lil Nas X often wears them with his flamboyant outfits, while Billy Porter paired his sparkling Richard Quinn gown with statement platform boots at The Fashion Awards. "Saturday Night Live" star Bowen Yang spiced up a more traditional facing black suit at the Emmys with silver ones by Brooklyn based Syro, which brands itself as "femme footwear 4 everyone." 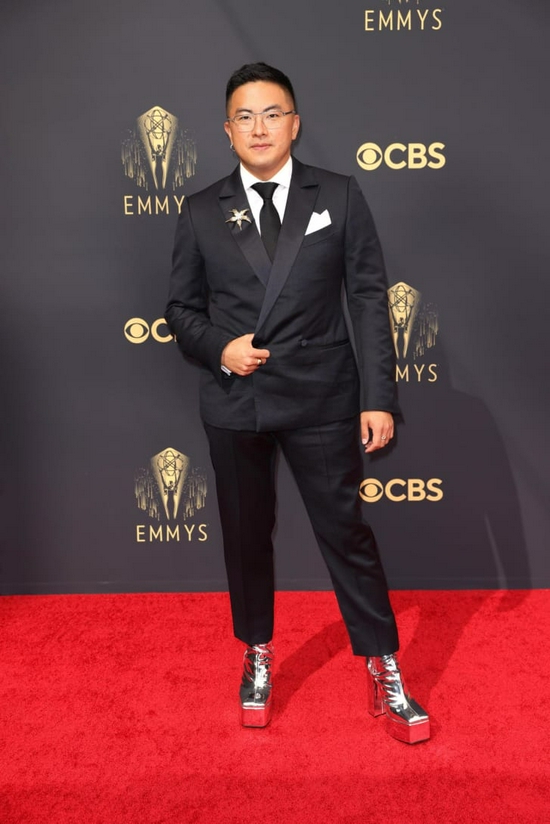 Syro co-founder Shaobo Han says that the shoes have become a tool for self-expression as people increasingly challenge and blur gender binaries.

"Being able to display that femininity (on the street) without feeling ashamed is powerful," Han explained. 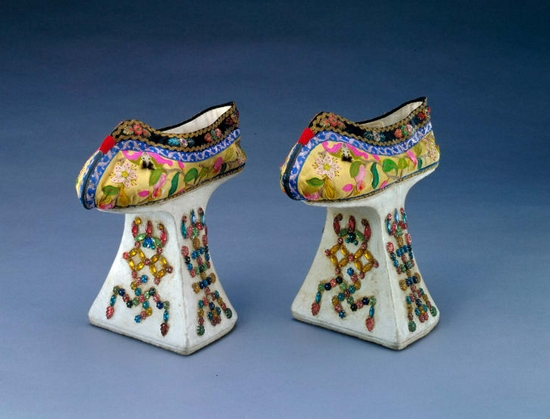 The popularity of platforms has risen and fallen throughout history. Ancient platforms existed as far back as 6th century BCE. Over time they evolved, encompassing East Asian wooden styles worn by Manchu women during the Qing dynasty and the lavishly patterned geometric ones of the 16th century, known as "chopines."

Noblewomen in southern Europe would wear these "wildly high" platforms, increasing the length of the textiles, according to Elizabeth Hemmelseck, the director and senior curator of the BATA Shoe Museum in Toronto. One recorded pair was as high as twenty inches. 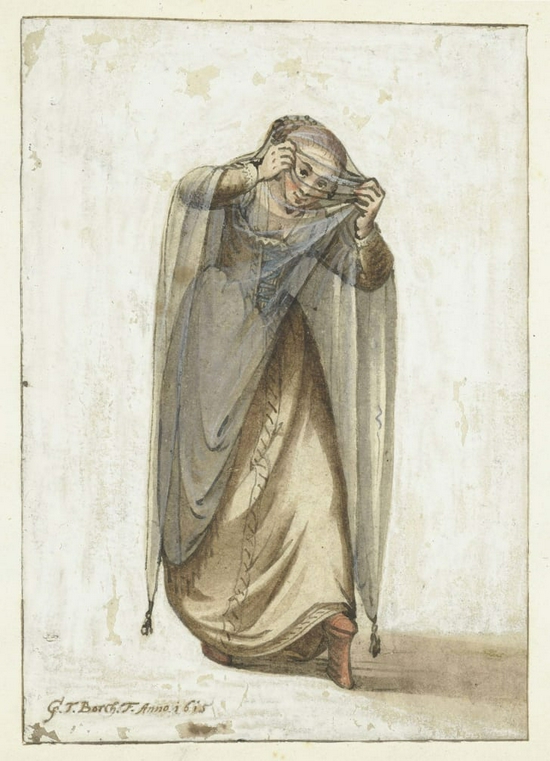 The platform heel -- which combined both a block sole and heel -- is believed to have emerged in 17th century Persia. “The style was worn by Persian horseback riders," said Hemmelseck.

Once the high heel was developed, they fell into obscurity before coming back into fashion during the 1930s, 1970s and late 1990s and 2000s. Interest in platforms seems to grow during times of "social unrest and economic stress," Hemmelseck observed.

"Why (is it that) during the Great Depression the shoes go bananas?" she asked. "Why during the oil crisis and the economic woes of the '70s (are) our shoes going crazy again? Is there some commonality?" 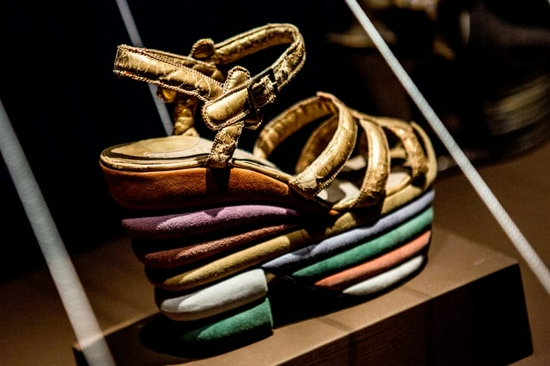 It's a trend that technology company IBM researched in 2011 with a study exploring why heels go higher during these challenging periods, as well as during later crises like the dot-com bubble bursting in the late '90s.

Beyond being a form of escapism, however, platforms again rose in popularity in the 1930s due to pragmatism, Hemmelseck speculated. Many women at the time couldn't afford a luxurious wardrobe, so investing in an expensive platform heel that could be worn with many outfits offered a way to participate in fashion trends through a "single outrageous accessory," she said.

In the 1970s, the platform heel once again saw a resurgence, with the likes of David Bowie and John Travolta storming the stage with sky-high versions. On stars like Bowie, Travolta and Elton John, the shoes presented "larger questions about the (gender) binary," Hemmelseck added. 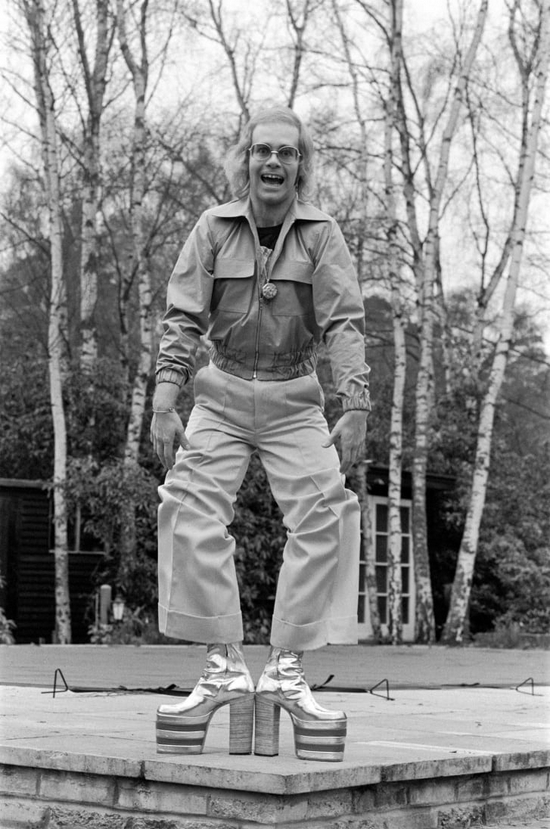 Men during this period were "talking about this being a revival of (French King) Louis XIV," who was known for his powerful, opulent wardrobe. "Can't we Western men shake off this boring uniform of authority, the business suit and begin to connect with our innate masculinity through how we dress?" 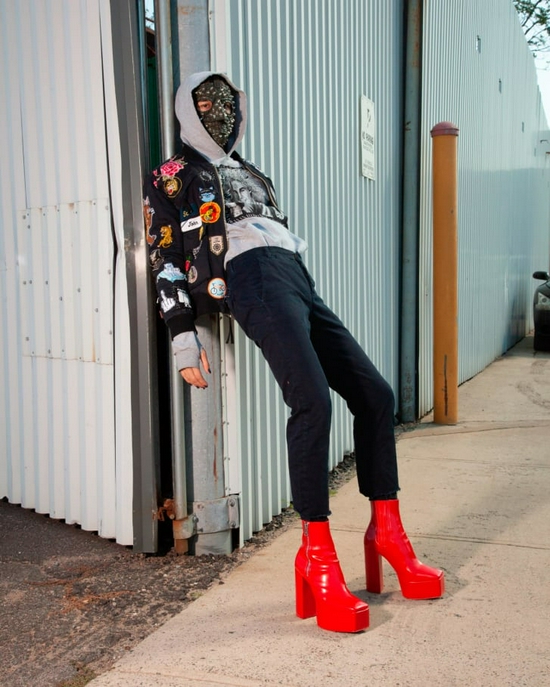 Platform heels have also developed different connotations over time -- and in some cases symbolize sex work. Over time, it evolved into the clear Lucite platforms of the '90s worn by strippers and pole-dancers, thanks to brands such as Pleaser, which then trickled into the mainstream in the 2000s as stars adopted them into fashion.

As for the platform heels favored at red carpet events this year, Hemmelsack said the style plays off this eroticism as well as the surge in '90s nostalgia.

In 2021, "dopamine dressing" has become a widely used term in fashion, characterizing the desire for bolder, brighter, sexier outfits. 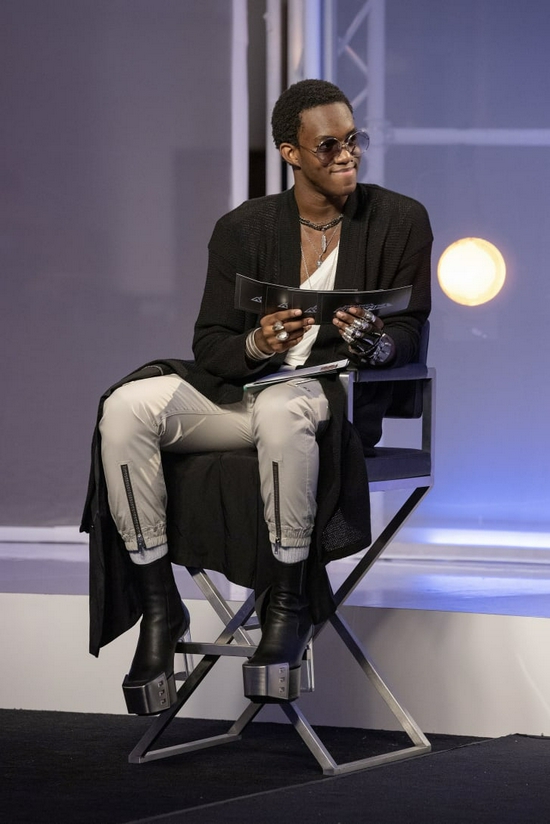 Some of Syro's creations -- such as ostentatious red platforms and the metallic silver ones worn by Yang -- have coincided with this trend, selling out almost immediately to the surprise of co-founders Han and Henry Bae.

"People want to feel powerful and (be) powerful. That's something I think platforms really make all of us feel. The moment you put them on, the additional five-inch height that you automatically get, you just start to suddenly see the world differently," they said.

"Living our life as authentically and as joyfully is a protest against the repression that we've been feeling." 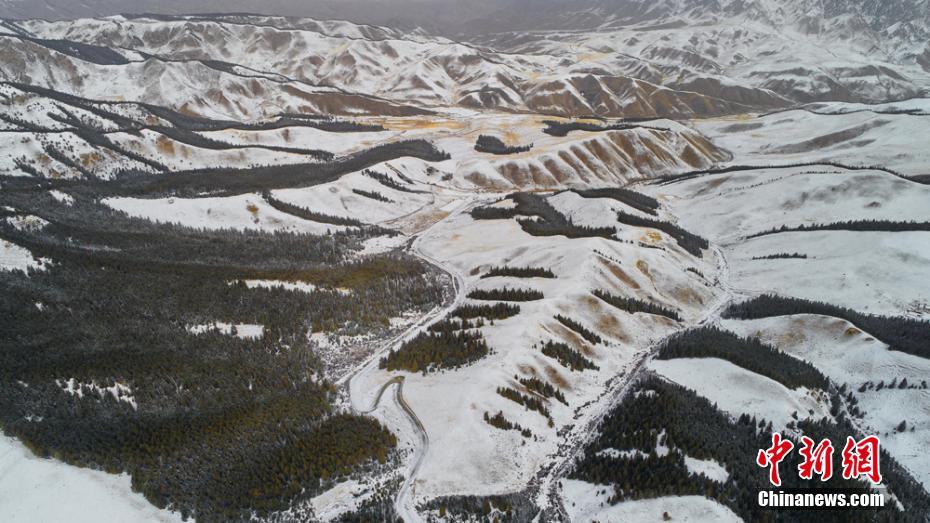 The 21-year-old struck either side of halftime before Benjamin Rollheiser and Jorge Carrascal added two more goals in the last 10 minutes at Estadio Unico in Santiago del Estero.。

River qualified for the match by winning the Primera Division title earlier this month while Colon earned their place by taking out the League Cup in June -- the first national title in their 116-year history.。

"We played a great game and scored at the right times," Alvarez said after the match. "It was played like finals should be played with players giving everything they've got. It's very nice to end the year like this."

The performance capped a remarkable year for Alvarez. In addition to being the most decisive player in the Primera Division, the forward was a member of the Argentina team that won the Copa America in Brazil in June, the Albiceleste's first major trophy since 1993.。

Alvarez said he was unsure about his future amid speculation linking him with Barcelona, Juventus, Sevilla, Inter Milan, Bayer Leverkusen, Milan and Fiorentina among other clubs.。

"I don't know what will happen. Now I'm going on vacation. In January we'll see if I do the preseason or if something else happens. What I do know is that when making decisions I will choose what I think is best.。

"Next year there is also the World Cup and everyone knows how important it is for all of us who are on the national team's radar. So we will see," Alvarez added. Enditem。

BEIJING, Oct. 26 (Xinhua) -- China is taking further steps to increase its support for the country's small and medium-sized enterprises (SMEs), with solid measures to encourage sci-tech innovation and stimulate their vitality.

The Ministry of Industry and Information Technology (MIIT) is working on a five-year plan for the growth of SMEs, which underlines key tasks including improving a level playing field, increasing financing availability and enhancing innovation capacity and professionalism.

From 2021 to 2025, the country is expected to incubate and cultivate about one million innovative SMEs and 100,000 SMEs that feature specialization, refinement, uniqueness and innovation, said MIIT Minister Xiao Yaqing.

According to Xiao, the country also plans to incubate 10,000 "little giant" firms, which refer to small enterprises, still in the early stage of development, focusing on the new generation of information technology, high-end equipment manufacturing, new energy, new materials, biomedicine and other high-end fields.

A total of 1,140 "little giant" companies enjoyed operating margins of 13.2 percent in the first eight months, an MIIT survey showed.

To further improve the technological innovation capacity of SMEs and resolve their difficulties, the country is unfolding a slew of measures.

China plans to build a number of national manufacturing innovation centers and generic technology platforms in key areas, as well as to support the integration of small and medium-sized enterprises into industrial chains, supply chains and value chains, according to the MIIT.

Calling for integrated innovation development pattern for large, medium and small enterprises and upstream and downstream firms, the ministry also proposed to increase inclusive finance support for small and micro-businesses.

Providing richer asset certificates for SMEs and reducing their loan pressure would be one of the many innovative practices to solve their financing difficulties and delayed payment and collection.

In addition, some industrial internet platforms have provided financing services for SMEs in the industrial chain by enriching information and capability certificates such as supply chain delivery and stocking.

To solve the problems of insufficient credit construction and direct financing, more efforts will be made to promote the establishment and improvement of enterprise-related data and information-sharing mechanisms and to support fintech to empower SMEs in financing innovation, according to the MIIT. Enditem

BEIJING, Nov. 13 (Xinhua) -- China's mobile gaming market recorded a growth in revenue in October, according to a recent industry report.。

The sales revenue of the market reached about 18.64 billion yuan (about 2.9 billion U.S. dollars) last month, up 0.48 percent year on year, said the report released by CNG, a research institute on the gaming industry.。

The revenue also increased 3.37 percent from September, the report said.。

The overseas sales revenue of China-developed mobile games stood at about 1.6 billion dollars in October, down 1.79 percent from September. Enditem。